Hip Hop for the Next Generation - Musical Instrument Museum

On August 11, 1973, in a basement in the Bronx, New York, a back-to-school party thrown by DJ Kool Herc inspired a musical movement of a generation. Over time, the way records were sampled and mixed, combined with the dancing style and visual art the music inspired, created the cultural movement known as hip hop. Today, artists like Leah Roman and RaeRae Pentecostes, directors and owners of Jukebox Dance Studio in Mesa, Arizona, are passing on hip hop traditions by teaching street-style and freestyle dance, and cultivating discipline and open-mindedness through movement training.

In January of 2021, MIM released a new virtual Artist Residency Program for students, spotlighting the history and culture of hip hop. Rapper and former middle school teacher Mega Ran tells the story of the genre and performs original music, while other local artists, including Leah and RaeRae, showcase other elements of hip hop culture: dance, visual art, and entrepreneurship.

In the dance portion of the Artist Residency, Leah and RaeRae give students insight into how hip hop has evolved: “Just like anything in life, change is inevitable,” says RaeRae. They introduce styles that developed on the East Coast (think of breaking styles “top rock” and “freeze”) and West Coast (“popping” and “locking”)—along with the shift to freestyle that followed the change in hip hop’s slower-tempo sound in the 1980s. The artists give students a chance to move through hip hop’s timeline by teaching the steps to pop-culture inspired dances, including the Cabbage Patch, Fila, and Bart Simpson.

Below, these innovative artists share some insights about hip hop culture and the impact of access to music and dance education. 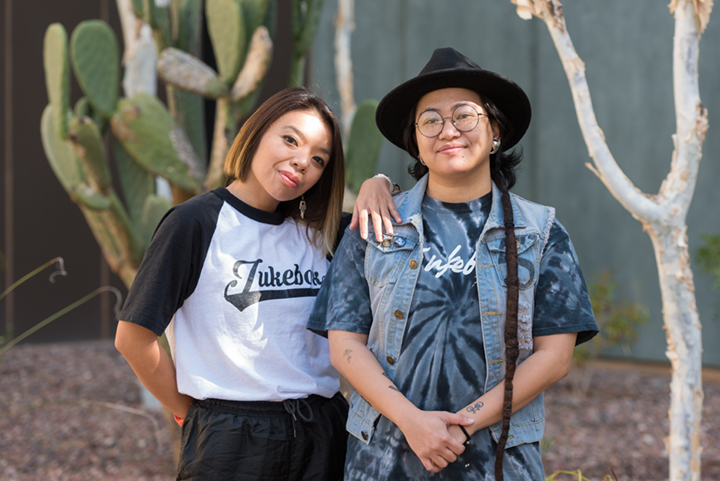 On Freedom through Music and Movement

RaeRae: Foundationally, hip hop dance comes from the bounce, the rock, the groove. And that’s the natural reaction to music. . . . It didn’t come from the studio where you’re like, you have to be like this or like this—it wasn’t boxed in that way. It came from a natural thing. . . . I feel like that’s what’s inviting about it. It’s because it’s a natural reaction to the music and just saying yes to it and then making it louder and louder. 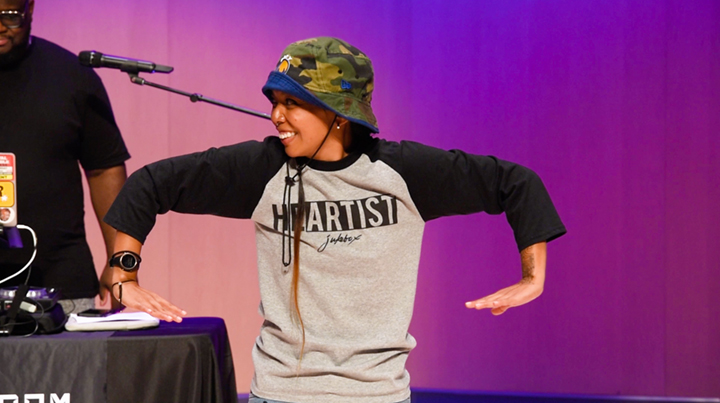 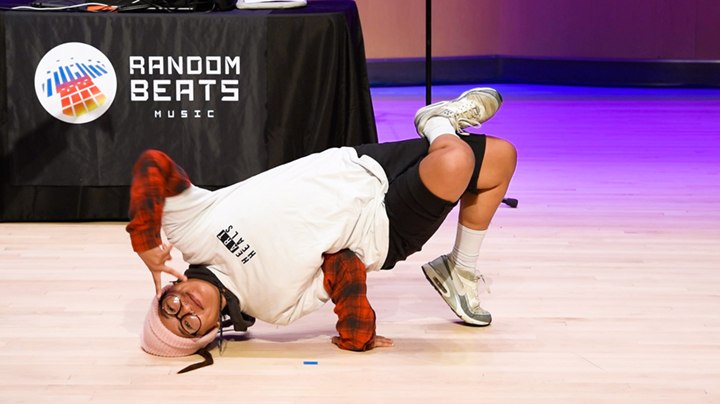 Leah: Through our practice in understanding hip hop culture and the movement, one thing that we really instill in our students is the idea of saying “yes.” Saying yes to your ideas. A lot of times when we freestyle, we feel like we can’t think of anything to do because we’re saying no to something. We’re like, that movement’s going to be really dumb. Or like, that’s going to look really silly. So when you’re freestyling and you’re saying yes to your movement and saying yes to your reaction to the song, that helps create honest movement.

On the Impact of Hip Hop for Kids

Rae Rae: You talk about kids. Kids invented hip hop. It’s just kids reacting to what’s going on. It’s real, it’s raw, and it’s honest. . . . I think it’s really powerful because a lot of the times, as you get older, you’re stuck in this belief system of what you’re supposed to do, but as kids they’re just reacting to what they feel. You know, ’cause there’s no right or wrong at that time, they’re still figuring it out. So I think that’s what’s really powerful. 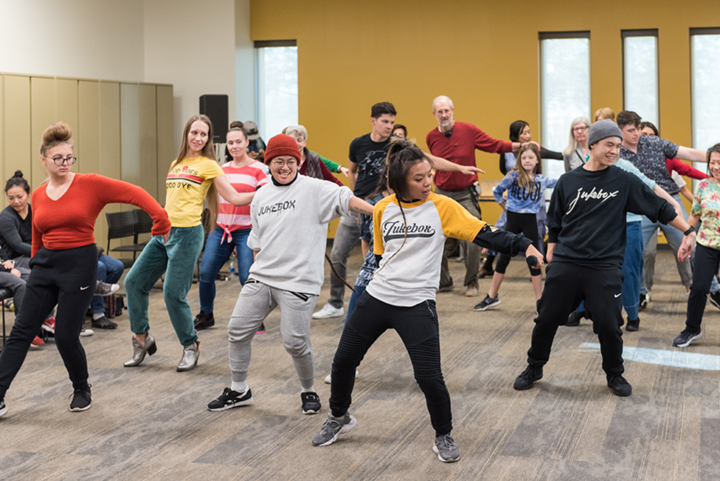 Leah: One memory that I can think of really shows the power of music and the power of what we practice as far as movement exploration and your connection to music. We have a student, he was 9 at the time, maybe 10, and there was this event intended for freestyle showcase. And he was the only kid to be asked to perform—everyone else was over 18. He wanted us to choose his song so he wouldn’t know what the song was before his performance, so it was like raw freestyle. So, we chose this song, the song played, and he’s standing in the middle of the dance floor, his eyes closed. Everyone’s watching and he’s just standing there with his eyes closed, and he just reacts to the music. Thinking about it now, it was just the most real and most beautiful thing I’ve seen. People say “they’re just kids,” but his connection to the music was just so honest and so vulnerable, but also just so powerful.

Sharing musical cultures such as hip hop with students is an important part of MIM’s mission and education efforts. MIM is proud to partner with artists like Leah and RaeRae to connect with students through music.

Check out our YouTube channel to see more from our virtual education programs.

Get more music stories with unlimited admission to MIM and a copy of our quarterly publication, Quarter Notes.